Betting Discipline: More Important than a Wizard or a Witch 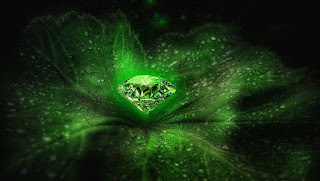 The more you learn the more you understand. That insight brings further questioning which sees you follow a path you didn't really appreciate was right under your nose.

That sounds something akin to L. Frank Baum's The Wonderful Wizard of Oz. I've seen that film a million times but still enjoy the story. It wasn't really about meeting the Wizard of Oz, but the appreciation of what was important to Dorothy Gale. In truth, all of those basic things we all take for granted but miss terribly when they have gone.

I guess we would all like a touch of magic from a wizard or a witch to put a winning spell on each and every bet.

But don't forget the witch was melted by a bucket of water and the wizard was simply a man with a big moustache, hiding behind a curtain, who terrified the innocent with a voice machine, dry ice and love of emeralds.

Betting may seem a million miles from the yellow brick road when you walk to the bookmaker's shop but you would do well to think about the deep structure of your betting rather than the surface which may seem crystal clear.

It may seem a strange thought but having discipline is actually more important than finding winners. You may consider that to be a ridiculous statement.

''Isn't picking winners the start and finish of being a successful punter?''

It can seem that way from a distance. However, from my perspective and years of betting, discipline is more important than anything else. And when you consider it, you can see why. Because without guidelines, using your experience, and having the flexibility to appreciate the best approach on any given bet you have lost your key to success. In truth, trying to achieve that goal to a high level is about as easy as trying to grip a slippery eel. We can only try. But try we must...

Because if you don't have discipline you will make knee-jerk reactions as you try to think on your feet. You will be watching horse after horse enter the stalls as if you were Dorothy Gale, watching the hourglass run down as the witch (maybe a bookmaker) rubs her hands at your mistake while a flying monkey chases a scarecrow down some country road, losing padding just like you lose your dough.

I find I am always making tweaks to my discipline (often after a glaring mistake or a small misdemeanour). Getting all these things right is a work in progress. It will be that way until the end of time because nothing stands still. It's like trying to catch one of a million similar butterflies in a jar. Even when you think you have it, you realise its something slightly different.

I have made giant strides by making simple notes about thoughts, losing bets which could have been so different or composing myself after a complete disaster (thankfully few).

These are just a few notes:


These pointers were written on the spot...that's why they are upper and lower case. I just copied and pasted them here to keep it authentic.

These words may not mean anything to you. Each person will have their own rules of discipline which work for them.

If I wrote down every guideline it would probably run into hundreds. In general, they have become habits through habituation.

New rules/guidelines (call them what you may) have to be learned, incorporated and absorbed into a daily routine that endeavours to do the right thing. Basically, bet to my best and make a profit.

If you still don't want to consider that discipline should come before betting, then consider the wise man built his house upon the rocks.

Whether wicked witch, wizard, gambler or bookmaker...the best of the best have an understanding which goes beyond what can be seen.

Good luck.
Photo: Pixabay free for commercial use and no attribution but given
Email ThisBlogThis!Share to TwitterShare to FacebookShare to Pinterest
Older Post Home
Contact: jason@onthegallops.co.uk