Would You Pay for Free Racing Tips? 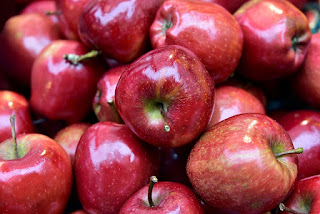 Choose one, it's free! .
I know it sounds a contradiction in terms.

Why would you pay for something that is free? I guess you could make a donation because you had a big winner. Considering this friendly tipster chap (salt of the earth) gave it to you on the house. I mean, you're getting a free ride, hey?

I can imagine the ''free ride'' grates with a few people. ''Whose getting a free ride?''

My friend has given huge priced winners. Over 100 double-figure bookie ball breakers.

How many punters do you know who have bet that many double-figure odds winners?

I can't imagine even the best-paid tipster in the land has done that.

It's a thankless task. He's tipped many, many winners and people have put decent money in their pocket. Any chance of someone saying they want to send him a tenner? I think we have more chance of hell freezing over. He's had the odd compliment. Some take the time to write an email or leave a comment on his blog.

They are gratefully received.

It's not quite the same as being paid money. As Del Trotter used to say, even those Hungarian luncheon vouchers go down a treat when you buy a steaming hot bowl of goulash. Gulyas, if you are fluent in Hungarian.

He's received the few obscene messages via Facebook. When I used to give tips, via my brother's phone, he received a particularly wordy reply of purple if not blue prose. I think he was shocked.

You're not going to like this but I have thought about people who criticise free tips when they don't compliment a win or (unbelievably) stick their hand in their very long pocket. I'm sure most of these long-pocket bettors should contact the Guineas Book of Records because by f*** do they have a long pocket and a stubby arm with a hand that didn't evolve fingers. Please, if that's you, I know typing is a drag so save your time.

You want to know what I'd say?

I couldn't give a toss. It may seem a little bit harsh. But, remember, this isn't directed to a morally decent person just Stubby Jukes, who lives past Will's Aunt.

One of my friends has a blog and he said he was worried about giving someone a losing tip. I imagine I had a similar thought back in the stone age. It shows he is a decent human being. A good, kind heart. I thought it was quite humorous in ways. Because I said if you have a 50/1 winner you will be waiting a long time for someone to buy you a drink. So my thought is not to give it the slightest concern. In fact, if I gave 100 losing tips and someone complained I wouldn't give two hoots.

I treat people as they treat me. If someone pays for tips then they have every right to complain. They still don't have any right to receive any winners because the whole nature of gambling is uncertainty. If you can't cope with uncertainty or losers you really should be asking yourself a few questions rather than someone else.

I gave up giving tips a long time ago.

These days I just keep it to myself.

I don't need a slap on the back, while someone puts a bundle of notes in their pocket.

As my friend says: ''There are too many takers.''